This week my thoughts are consumed with the business related to lawsuits we’re handling in closed session, so I can only share the smallest of details right now as we sort our way through to resolution. On one First Amendment litigation issue, we’ve authorized settlement after the ACLU sued us over our sign regulations. Here is a Union-Tribune article, written when the city was sued.
In the other closed session issue, we are facing a “significant threat of litigation” from a local developer over the city’s recently proposed new density bonus ordinance. After a two-hour closed session this week, we announced “no reportable action” on this matter. This means we’re working on it. Stay tuned.
Sober Living Homes
The city has received complaints about the lack of oversight and regulation of “sober living homes” in Encinitas. These are homes where residents agree to stay clean and sober but no formal substance abuse treatment is provided on site. Because sober living homes are unregulated, we’re not sure how many are in Encinitas, but we know there are at least five. Some neighbors have complained about adverse secondary neighborhood impacts from these homes, such as excessive litter, fighting, noise, cursing, second-hand smoke, and parking problems.
The city of Costa Mesa recently adopted an ordinance that established standards for sober living homes, including no more than six persons per home, one on-site manager, mandatory employee background checks, and the requirement that the homes be operated as a single housekeeping unit, meaning residents must be sharing some meals, interacting with each other, using common areas and have shared responsibilities and expenses. Costa Mesa has been sued and the ordinance is making its way through the court system. Encinitas has modeled a draft ordinance after the one in Costa Mesa, but will await the conclusion of their litigation before moving forward.
All of us have compassion for those transitioning toward sobriety after drug and alcohol addiction, and understand the need and desire for safe, clean, comfortable living environments. We don’t want to contribute to the homeless population, or discriminate against those on the path to recovery. This ordinance seems to be a reasonable approach, and the majority of comments, including from owners of the sober living homes, seemed to echo that feeling.  Here’s the Encinitas Advocate story. 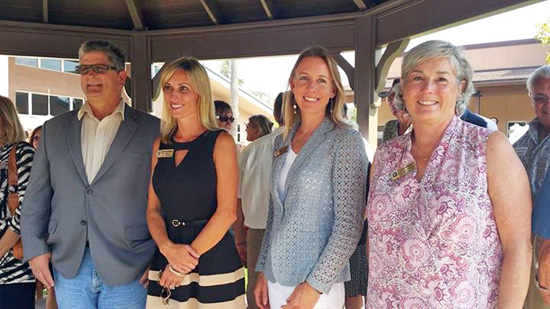 Council Member Tony Kranz, Mayor Kristin Gaspar, Council Member Lisa Shaffer and I (third from left) were happy to be a part of the recent ribbon cutting for the Grauer School’s new campus building.
Leucadia Streetscape
The city continues to inch forward on improving Leucadia’s sidewalks and walkability by directing staff to pursue a crosswalk across Highway 101 on the south side of Leucadia Blvd. I’ve been told it can take pedestrians more than 15 minutes, waiting for the signalized intersections, to get from the west side of Highway 101 to the east side of Vulcan.  The upshot of this is that most don’t wait, and they cross at all times and places. I requested, and the Council supported, inquiry into what’s called a “pedestrian scramble” intersection at Leucadia Boulevard. A scramble is when traffic is stopped in all directions at the same time, and pedestrians can cross in all directions, including diagonally across the intersection. Carlsbad has two of them. Here is a 2012 Union-Tribune article on Carlsbad’s scramble. The Council also unanimously approved funding to study parking in the rail corridor in three places in Leucadia.
In other city news: 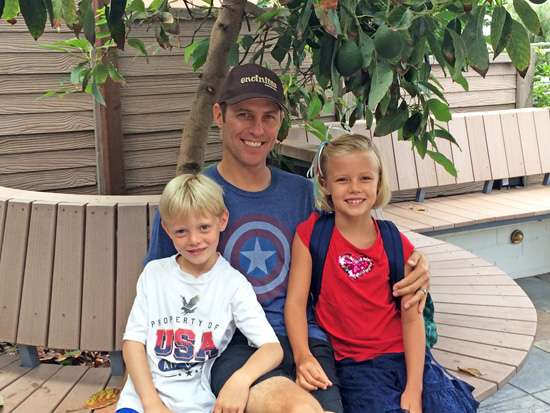