What a profoundly important week in the history of our country! 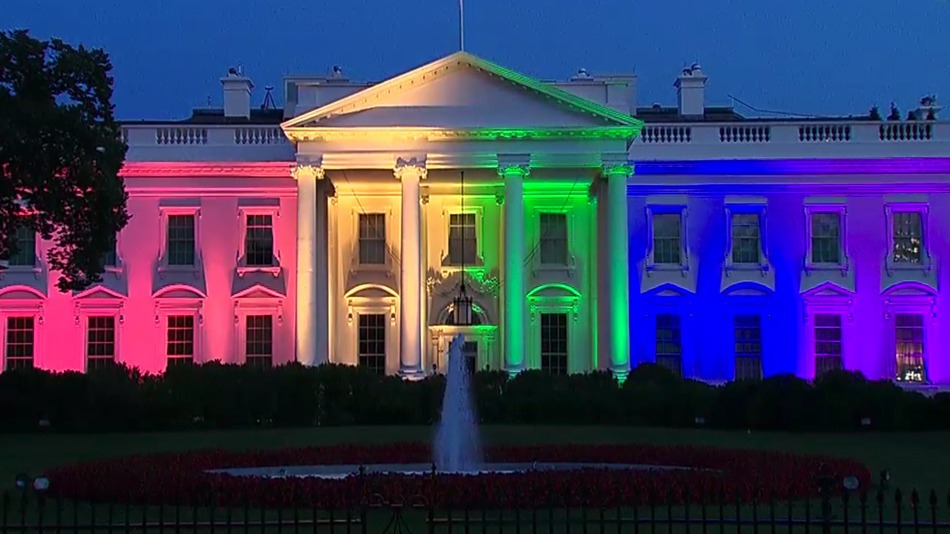 Today, I simply say “thank you” to our highest court.
The scale of the decisions made this week compels me to deviate from my usual newsletter, which is exclusively Encinitas related, to add a few thoughts about these important national developments.
Not only did the Supreme Court advance liberty and equality by deciding that same-sex couples have a fundamental right to marry, but our highest court this week also ensured that millions of people will continue to receive health care. Meanwhile, states across the south started removal of the Confederate flag, a symbol of oppression and indignity to many. And to top it off, our president delivered a moving, profound eulogy for Rev. Clementa Pinckney in South Carolina. My husband and I felt it was so powerful that we shared the video with our six-and seven-year-old children Saturday morning.
The Supreme Court in Obergefell v. Hodges played exactly the role the courts are designed to play in our democracy. When the political process results in a majority denying a minority its fundamental rights, the courts are empowered to step in and rectify the wrong. The tyranny of the majority is a very real threat in a system without a co-equal judiciary. Past decisions by elected officials have limited marriage and the Supreme Court has rightly struck them down. In 1967 the Supreme Court stepped in to invalidate laws that prohibited blacks from marrying whites. In 1987, the court invalidated laws that prohibited fathers who were behind in child support from marrying. That same year, the court struck down regulations that denied prison inmates the right to marry. In 2003 the Supreme Court struck down a Texas law and those in 13 other states that criminalized sodomy between consenting adults in private.
While 13 states prohibited gay marriage before this week’s Supreme Court decision, the American public has evolved relatively quickly from disapproval to support of gay marriage. Twenty years ago fewer than 30 percent supported gay marriage and now more than 60 percent support it. This is a testament to our evolving understanding of civil rights. In our great country, the minorities in those 13 states don’t have to wait for the political winds to change for them to receive equal treatment under the law. Our courts are empowered to invalidate the laws that excluded them from the profoundly important institution of marriage.
Now with a full and proud heart, I’ll turn to our local decisions, which weren’t quite as far-reaching but are important nonetheless. In the last two weeks, the Encinitas City Council meetings have been friendly and resulted in mostly unanimous decisions.
Puppy Mills and Kitten Factories: We unanimously passed an ordinance that prohibits pet stores from selling animals that come from commercial breeders. According to the vast majority who packed the Council chambers and sent more than 200 emails, there are more than enough purebred animals available for adoption or sale from private breeders and animal rescue organizations. Mass-produced animals, which usually come from other states, are often exposed to inhumane living conditions, lack adequate socialization and have high numbers of genetic disorders and health problems. Prohibiting pet stores from selling animals from commercial breeders encourages pet adoptions from shelters, which reduces the number of animals euthanized each year. In Encinitas we don’t euthanize because all of our animals are adopted, but nationwide a staggering 2.7 million dogs and cats are euthanized each year. 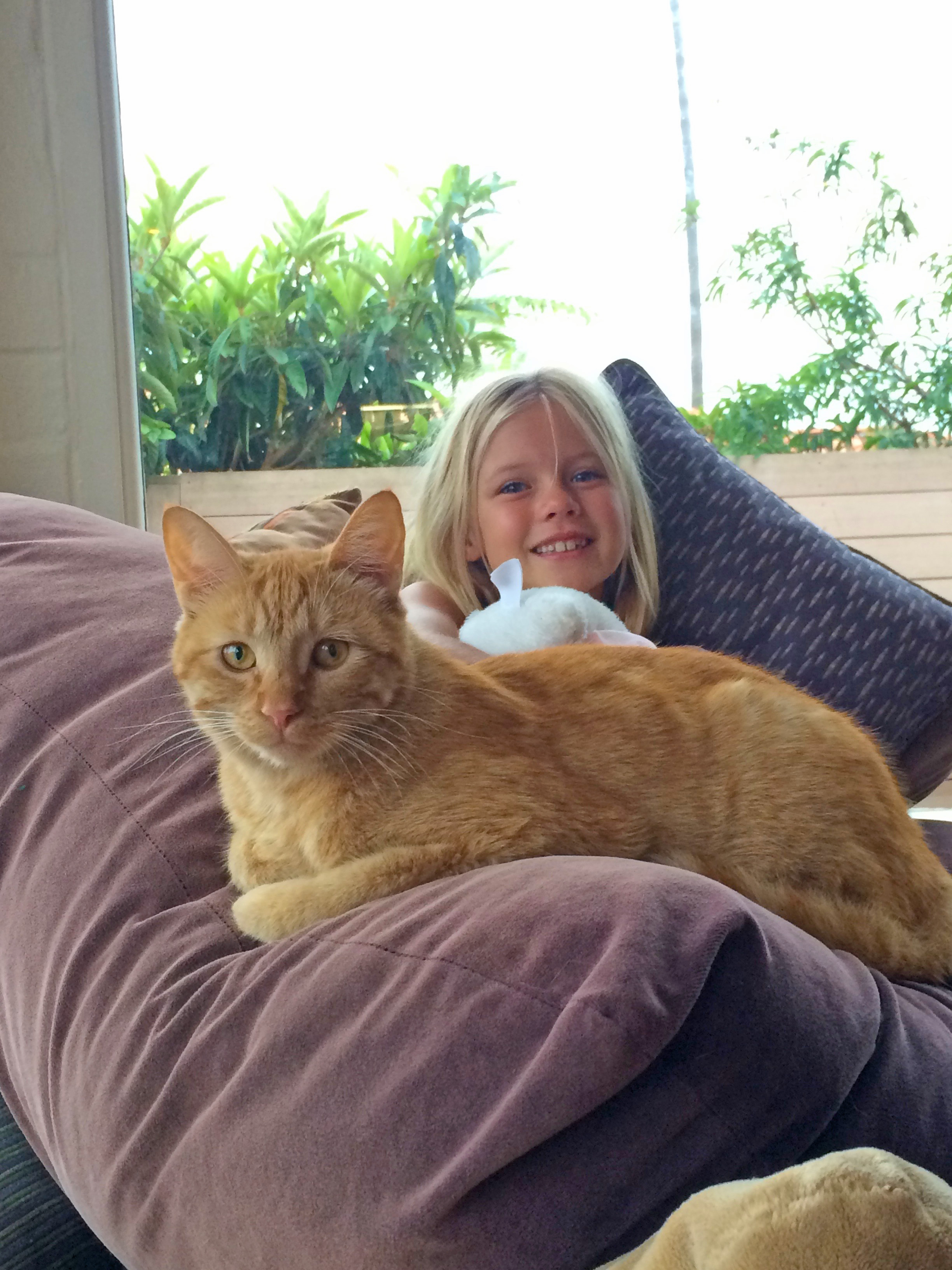 Encinitas’ four pet stores — Petco, Petsmart, Pet Haus and Rancho Coastal Humane Society — offer only the adoption of rescued animals, which means no pet stores currently sell animals from commercial breeders. Enacting a ban before a commercial pet store opens is less likely to result in a legal challenge than trying to enact a ban after a store has opened.
We adopted our beloved cat Bella (see photo) from the Rancho Coastal Humane Society.
Density and Parking: The City Council and a large number of concerned residents are opposed to a bill winding its way through the state legislature that deals with how to calculate the number of units in a density bonus project, and loosens parking requirements in projects that are a half mile or more from a transit center. In Encinitas our only transit center is downtown. Our position is that these decisions should be made by each city, not mandated by the state. The emailing advocacy by committed citizens, the involvement of our lobbyist and state representatives, along with letters from the City of Encinitas, may be making a difference because the bill has evolved as it has moved through committees. I was gratified that my colleagues on the Council nominated me to re-write the most recent letter, to more strongly state our opposition. Thanks to the involved community, the city staff and the Mayor’s husband for the advice and help.
Encinitas and Mizel Family Foundation Community Grant Program: The Mizel Family Foundation has generously matched, dollar for dollar up to $75,000, the city’s grant monies for nonprofits that benefit our community. The city staff and commissioners spent months evaluating how to distribute $150,000 among the 56 organizations that applied. At Council, we approved the distributions and had the chance to allocate the last $8,337. I found this to be difficult and somewhat unpleasant because there were so many worthy causes and earnest speakers, and most of them left disappointed. Those who received money were largely not in attendance. I’m grateful for the causes we were able to support. The nonprofits in our community do tremendously important work and I applaud the breadth and depth of the help they provide.
Public Safety Downtown and at Moonlight Beach: Council Members Tony Kranz and Lisa Shaffer recently convened a roundtable regarding the problems created by the downtown bars. Councilmember Shaffer and I were unanimously appointed to an ad-hoc subcommittee to continue this work and propose solutions that could include the Senior Volunteer Patrol, the California Department of Alcoholic Beverage Control, the Sheriff’s Department, uniformed community service officers, private security, dedicated park rangers and/or ambassadors. We also have a new code enforcement person working exclusively on this problem. Stay tuned.
Environment Progress: We’ve recently heard environmental updates that show Encinitas is continually working to be more environmentally responsible. This is very important to me, as I know it is to others in the community and on Council. We recently directed that our Climate Action Plan be updated with clear benchmarks and timelines. We requested more information on Community Choice Aggregation, which gives communities the choice of renewable energy over fossil fuels. Soon, we will be considering an ordinance that bans styrofoam take-out containers at restaurants. Compostable cardboard is a better alternative, I believe. We approved an integrated pest management policy that prohibits the use of neonicotinoids, which are believed to be responsible for massive bee die off. We gave direction to the Parks and Recreation Department to continue to explore options for removing toxic chemicals, specifically glyphosate, which is in Round-Up, from the chemicals we use. We are conducting a pesticide-free pilot project at a local park to see whether this is a viable option.
Council Member Shaffer suggested that there be a “State of the Environment” segment at the annual State of the City address. This is a great idea, and Mayor Gaspar agreed.
I welcome greater exposure and focus on environmental issues and hope this can be a priority of our new city manager in the management of the city departments.
Team-Building: The Encinitas City Council and the top department heads recently embarked on a half-day team-building exercise called “Building our Effectiveness.” I found the session to be helpful and instructive. The more time we Council members spend with each other explaining the reasons for our positions and engaging each other on a human level, the better we function. It’s also important that we clearly communicate with our professional staff, and create mechanisms where we can each perform our separate roles, which are “policy making” versus “operations.” I think this is an area where we can improve.
With overflowing gratitude for the progress we’re able to make in this great country,

“No state shall make or enforce any law which shall abridge the privileges or immunities of citizens of the United States nor shall any State deprive any person of life, liberty, or property, without due process of law; nor deny to any person within its jurisdiction the equal protection of the laws.”
-14th Amendment to the U.S. Constitution