With the New Year upon us, I’m eager to jump into 2017 with our new City Council.
I feel true excitement about working with my three elected colleagues because of my expectation about our ability to function together as a cohesive team, deliberating and communicating with civility and mutual respect.
As city leaders, we should set an example of positive public discourse. I believe this builds trust in city government and encourages participation because residents know they’ll be heard when they communicate with us. And that ultimately increases everyone’s success. In the upcoming year, I’m optimistic that the City Council, our professional staff, and the engaged public will be well-positioned to tackle some of our most challenging and persistent issues. 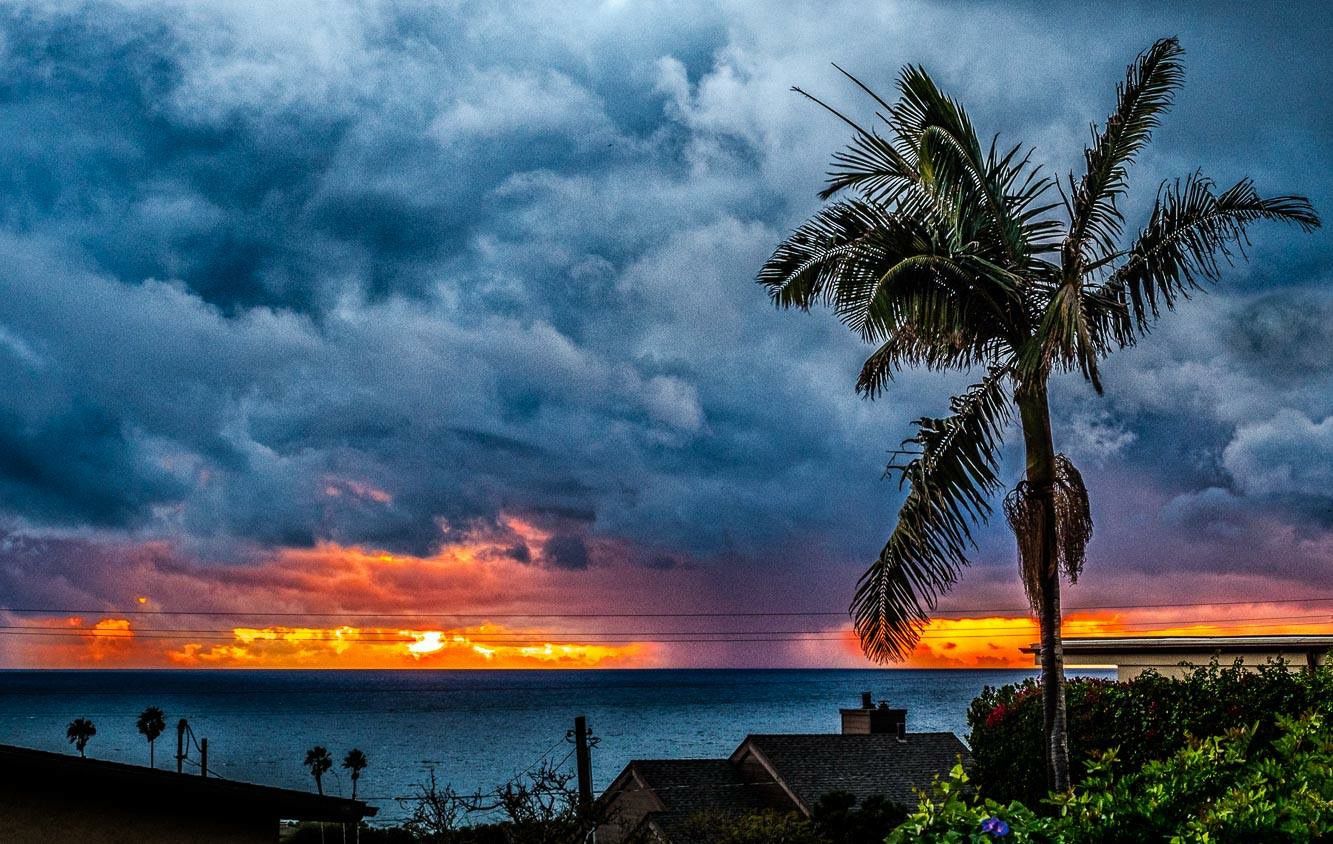 A recent gorgeous stormy sunset over Cardiff. (Photo by Raymond Elstad.)
One of the things I’ve been mulling over is how to organize the City Council’s time so that we’re better able to debate and contemplate big policy decisions. The mayor and the city manager work together to organize the content of about 30 City Council meetings a year. Sometimes it seems as if our agendas are so packed with the most urgent issues that there aren’t enough opportunities to take a step back and really wrestle with bigger policy questions. We do a strategic planning session once a year, but policy deliberation needs to happen in an ongoing way.
My idea is to dedicate one meeting each month to big-picture planning and discussion around a single key issue. The City Council did something similar several years ago but its scope was so broad that the result seemed to be long detailed informational presentations on a wide array of subjects, many of which I watched as a member of the public. I’m hoping to more narrowly focus on areas that need solutions or a different approach and to have deliverables at the end of every meeting.
The first effort in this direction will be a meeting entirely devoted to the next steps in getting Encinitas a compliant housing plan. I’d like to hold this meeting at a less formal venue than the City Council chambers so that there’s a greater ability for the electeds and the public to speak collaboratively. It’s important that all Council Members be there so that we’re moving forward together. (Scheduling so far has been challenging, so the date isn’t set yet.)
Other topics we may tackle at these policy-oriented City Council meetings include planning improvements in the rail corridor, a deeper analysis of pension and other post-employment financial responsibilities, mobility and “livable” streets transportation planning and overall budgeting and priorities. If you have a topic you’d like to see addressed in more substance, please let me know.
Mayor’s Homelessness Challenge: Point-in-Time Count
During the last rains, our home sprung two rather substantial roof leaks, one directly over our bed! My sense of displacement was tremendous – the mattress tilted against the window for days; the non-stop washing and drying of heaps of soaked and moldering towels; the constant, maddening, dripping noise. But every time I felt discouraged, I’d remind myself how fortunate we are to have a roof at all (even one that leaks), unlike the homeless people living unsheltered on our streets during rainstorms. 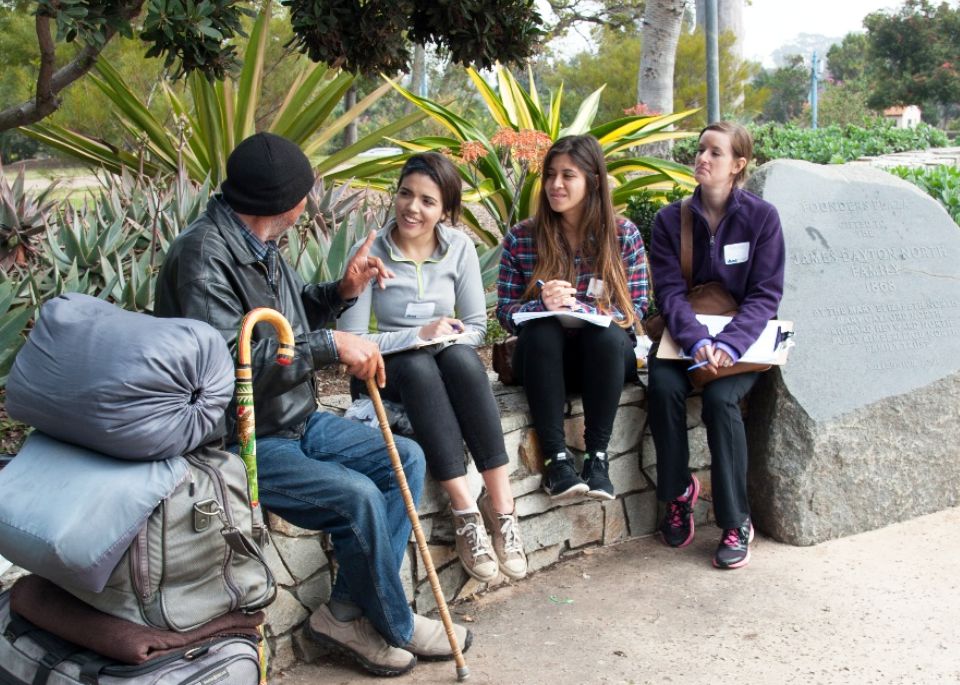 Join me and other community volunteers at 4 a.m. on Friday, January 27 for Encinitas’ annual Point-in-Time Count! (Photo by Bob Ross Photography, courtesy of the San Diego County Regional Task Force on the Homeless.)
If you’ve visited downtown San Diego at night recently, you’ve likely seen the near-epidemic numbers of people living in tents and other makeshift shelters on the sidewalks. Fortunately, Encinitas hasn’t reached that level. Last year in Encinitas during the annual Point-in-Time Count, there were 93 residents logged as homeless: 54 unsheltered in the streets, the rail corridor, cars, parks, etc., and 39 living “sheltered,” which means in places like emergency shelters or transitional housing. In contrast, the City of San Diego logged a total of 2,745 homeless people during last year’s Point-in-Time Count. Solana Beach had seven, Carlsbad had 108, and Oceanside had 667. All of San Diego County logged 8,700 homeless last year, although recent data showed that 17,500 homeless people utilized services, apparently indicating that many cycle through periods of being homeless without being on the street all year. See this article in The San Diego Union-Tribune today, which analyzes those numbers.
Last year in Encinitas, the needed amount of volunteers didn’t sign up for the Point-in-Time Count, which means the effort was not as comprehensive as it could have been. This year, I’m hopeful that this Mayor’s Challenge in cooperation with other spotlights on homelessness, will allow Encinitas to have a full complement of volunteers to join us at 4 a.m. on Friday, January 27th.
What is the Point-in-Time Count? Every year on the same date and time, volunteers throughout the nation count the number of homeless people in every city. This effort is not a gimmick or a feel-good gesture. It’s a true and substantive way to assess the scale and scope of our homeless problem on one day only. While we certainly can’t tally every single homeless person – inevitably someone is camped out in a far-off ravine and goes uncounted – it’s the only systematic effort to cover the entire city.
If we don’t record how many people live this way and assess trends year after year, it’s nearly impossible for government and social services agencies at all levels to figure out meaningful solutions. I’ll admit that I don’t fully understand the current spike in homelessness, but I suspect it’s going to get a lot worse before it gets better. The relevant factors for this growing crisis most likely include income stagnation, affordable housing scarcity, mental illness, substance abuse and breakdown of the family structure.
After the election, I received several emails from people asking for suggestions for specific actions they could take that could make a difference to others – supporting those less fortunate, protecting our shared American values, and helping the vulnerable. I believe participating in this Point-in-Time Count is a concrete, important, discreet and meaningful action that you can take. It’s never fun to get up at 3 a.m. but this is worth it, and once you’re out of bed and wearing a warm coat, it’s not so bad.
Please join us! We need a team of 34 volunteers at 4 a.m. on Friday, January 27th! The meet-up location and local organizing agency is The Community Resource Center, 650 2nd Street, Encinitas, CA 92024. The Regional Task Force on the Homeless is the coordinating agency for San Diego County.
To volunteer for this effort as part of the Mayor’s Challenge, click here, then scroll down to Encinitas and click the “Sign” button. Use the join code: “Mayor” to join our City of Encinitas/Mayor’s Group. For any questions, please email me by replying to this newsletter. If you would prefer to volunteer in a different city, please do so – volunteers are needed everywhere. (Here’s more information on homeless statistics in San Diego County.) 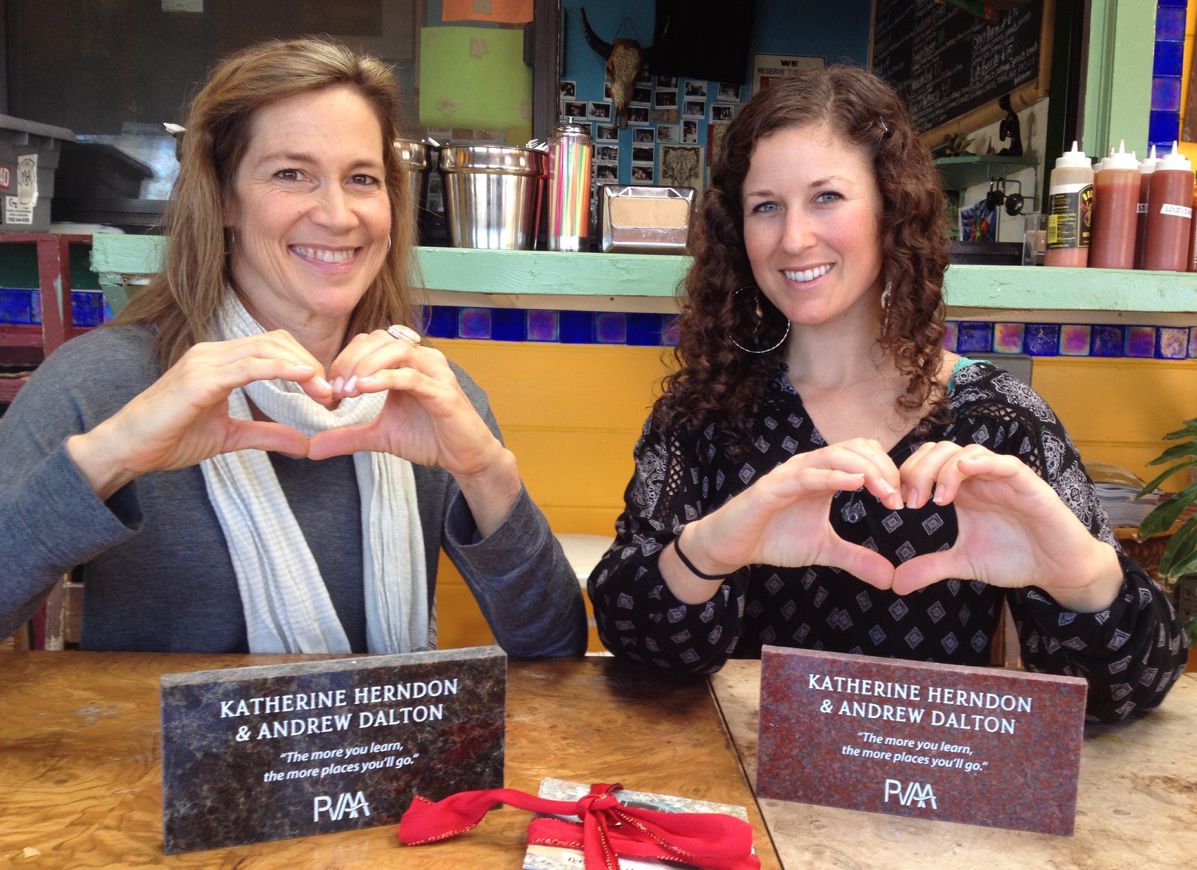 Today’s the last day to get your $250 plaque and join Pacific View’s Class of 2016 to support the re-birth of Pacific View School. Sample plaques are displayed above by volunteers Mimi Vreeland and Ashley Mazanec. I ordered mine and it was really simple to do! It’s a great way for you to help this community asset come to life as a vibrant arts center. I’m sending this newsletter, which usually comes out at 5 a.m. on Sunday, several hours early to make sure you have a chance to participate in this before the deadline passes, if it interests you. To reserve your place in Pacific View’s Class of 2016, click here. (Photo by Steve Barilotti.)
I hope you are planning to enter the New Year just exactly the way you want to! Here’s a raised glass to a productive and healthy 2017 for all of us. Enjoy the life-giving rain!
In service,

P.S. The application period for our City Commissions is still open! If you would like to apply for a commission, which is a great way to be officially involved with the city, please apply and find more information here.
And if you’re interested in being appointed to the City Council seat that became open when I was elected Mayor, please find the application and more information here.