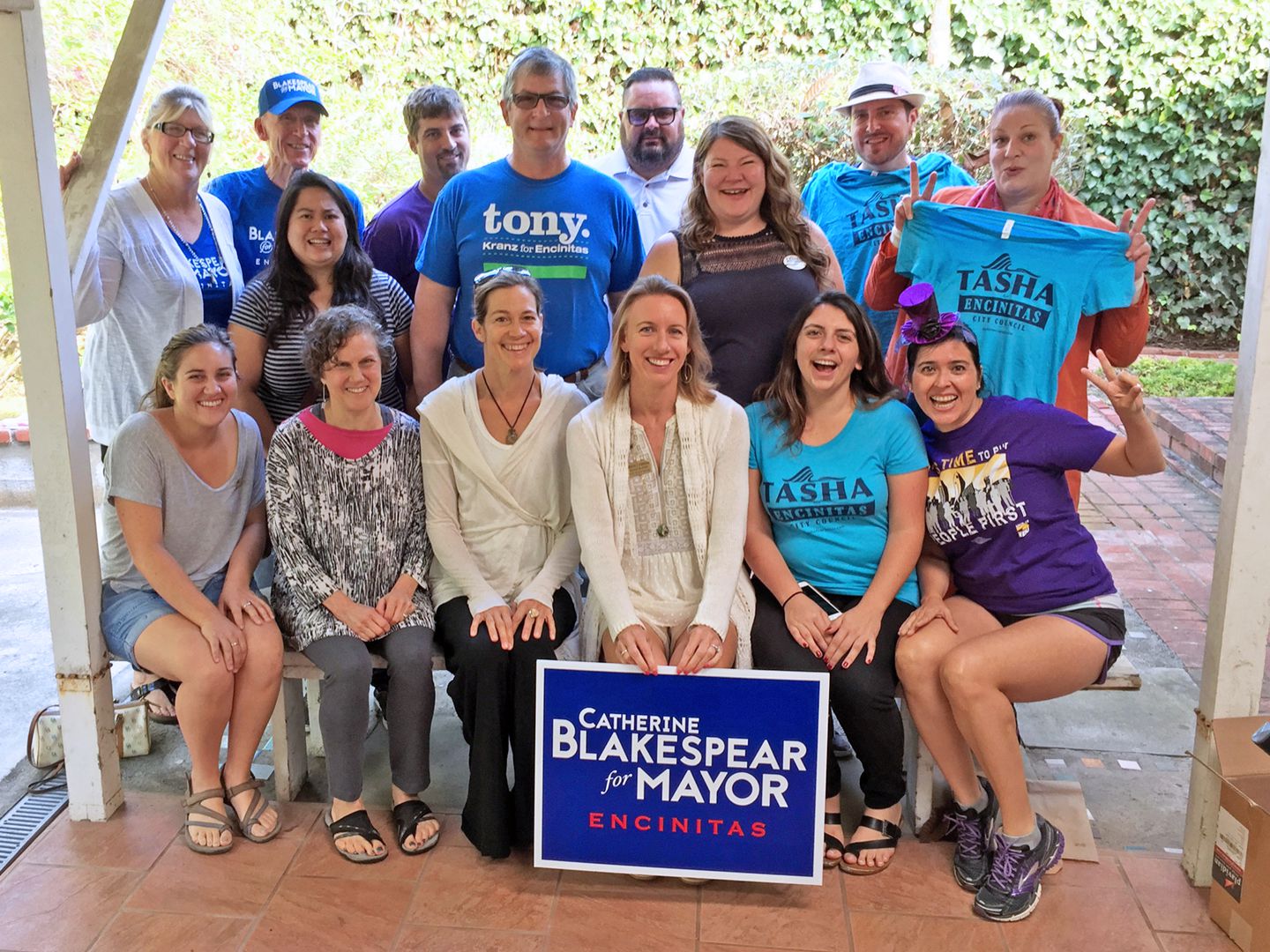 Yesterday morning, the Service Employees International Union organized a “super-walk” for local endorsed candidates. I joined City Council candidates Tony Kranz and Tasha Boerner Horvath as we knocked on doors and talked with residents for several hours alongside this dedicated team of volunteers.

For many months I’ve been reflecting on the ideal role and qualities of an Encinitas Mayor. It’s useful to evaluate this while serving as a Council Member because the ideal role of Mayor has to be understood in the context of the real issues facing the City. Here are my top three qualities for a successful Encinitas Mayor:
1) An organized approach to preserving our paradise.
The Mayor needs a clear, instinctive understanding of what our Encinitas “paradise” means. This requires tireless attention to the ever-pressing development-related decisions that affect our daily lives. My family’s nearly 100-year history in Encinitas gives me an important depth of understanding.
It means going beyond planning and “visioning” to taking action. One example of my leadership, with the help and support of many, was the promotion and passing of an urban agriculture ordinance, which allows for a slower pace of development, reduces the carbon footprint and enhances our quality of life.
Preserving our paradise also includes my ongoing support for the purchase of a closed-down school on prime bluff-top land in Encinitas to become a vibrant community arts center instead of high density, private condos. It includes designing and funding safe routes to school and improved complete streets policies for all of us on foot, on bikes and in cars. It’s also manifested in the maintenance and improvement of our wonderful public parks, clean beaches and lush tree canopy, as well as a rail corridor that preserves the lovely wild areas while also providing for better connectivity between our towns and across the railroad tracks.
All of this requires an understanding of the nuances of public and private partnerships, how decisions are made, grant availability at the regional level, leveraging stakeholder engagement and how to best steward our city’s finances now and in the future. In order for these improvements to become realities, our Mayor must lead with a strong sense of the heart and soul of Encinitas, combined with a commitment to looking at both the present and future in making financial commitments.
2) A willingness to make tough decisions and take political heat.
Our Mayor must be willing to guide and support the Council in making sometimes tough choices that can result in unpopular decisions. A recent example of this is Measure T, which deals with the zoning for future housing in the City of Encinitas. All Encinitas City Council Members support Measure T, even though we know that many in the community are opposed to it.
We’ve put Measure T on the ballot because it’s a legal requirement to have a state-compliant housing element. The reality is that after 140 public meetings, opinions from hired experts, and the vetting of several different maps, Measure T is the city’s best effort toward a community-supported, state-compliant plan. After it was unanimously approved by the Planning Commission, it was then tweaked further based on community input, including lowering the height limit in Cardiff to two stories.
No one opposed to it has yet to come forward with a proposal that would earn state certification. The most irresponsible decision for the City Council would have been to continue to snub state law, continue to fight expensive, unwinnable lawsuits and hope without reason that state laws will change, despite the clear message from Sacramento that housing policies are getting stricter for cities, not looser. If Measure T fails, we’ll still need to comply with state housing laws and we’ll need to work together as a community to get there.
If I’m elected Mayor, I’ll work to find consensus in Encinitas around the need for more affordable housing for our teachers, firefighters and for our adult children. I believe that we can do more to incentivize and legalize accessory units like granny flats, and make sure that all new units are within each neighborhood’s character, with appropriate setbacks and parking. As I’ve already shown by advocating in Sacramento, we’ll need to continue to operate at the state level to fight to maintain local control of our city. Cities should not be forced to be on an inevitable march toward being urban.
3) Playing well with others.
To be successful at turning vision for the future into action today, our Mayor must possess critical interpersonal skills. Cooperation, compromise, and engaged listening are the glue of good governance. No Mayor (or other elected official) accomplishes anything alone. I believe that the Mayor is in the middle of many intersecting circles, not someone at the top of a pyramid. My background as an attorney, City Council Member and community leader with a long Encinitas family history uniquely qualifies me to effectively lead Encinitas as your next Mayor. 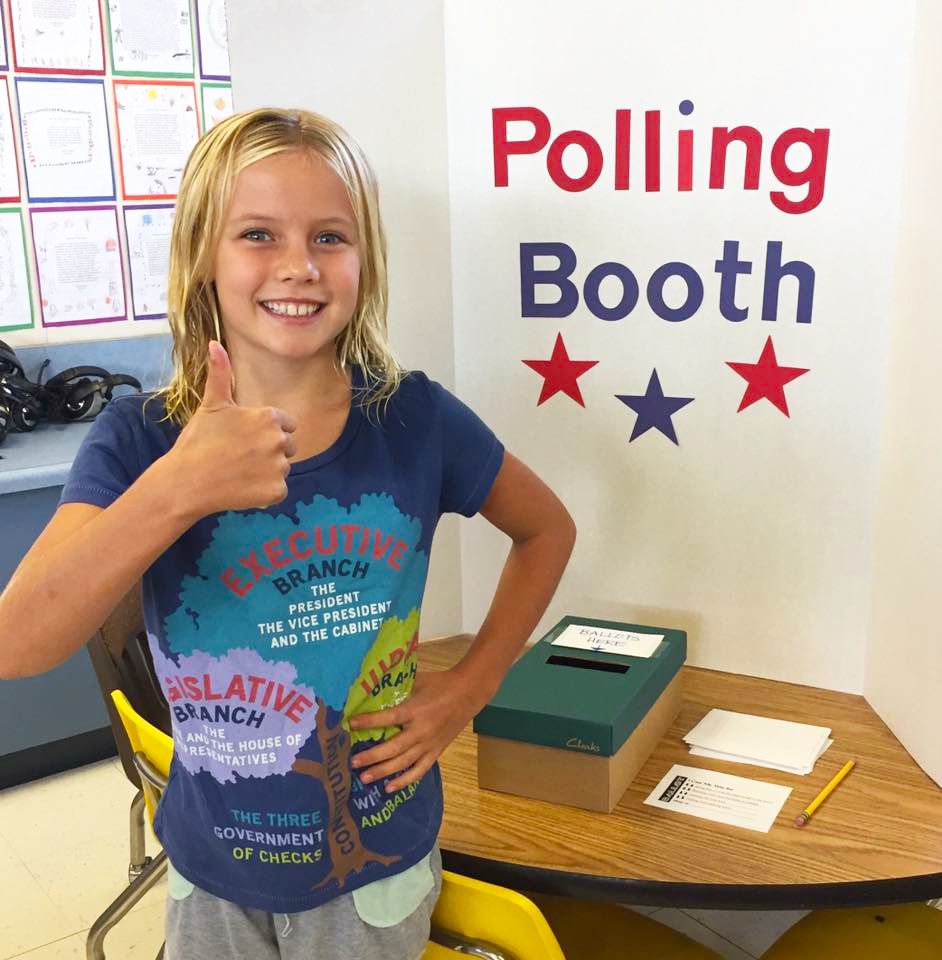 I love the immediacy of voting. The active creation of democracy inspires me and our next generation. Our daughter Ava and her classmates participated in mock voting in their classroom this week on a local issue. (Check out her cool shirt!)
Campaign update
With nine days until the election and all the candidate forums, newspaper interviews and radio appearances finished, I’m not going to dive into a description of the dirty details of our last City Council meeting before a new City Council is elected. If you’re interested, check out the articles below — they speak for themselves.
San Diego Union-Tribune: Acrimony, accusations mark Encinitas council meeting,
Encinitas Advocate: Demonstration, Brown Act discussion highlight Council meeting,
Coast News: City rejects Brown Act complaint; residents cry political foul, and
video of the agenda item at the City Council meeting.
And here’s a Coast News article about pro-developer money funding a campaign against Tony Kranz for City Council and me for Mayor.
In closing, and on the overwhelmingly positive side — your support, donations, personal messages of encouragement, and unwavering clarity about what you desire for Encinitas have provided the fuel and momentum for our campaign.
I am touched and inspired by your positive energy. If I’m elected as your next Mayor, I will do my utmost to continue earning your confidence!
In ongoing service, 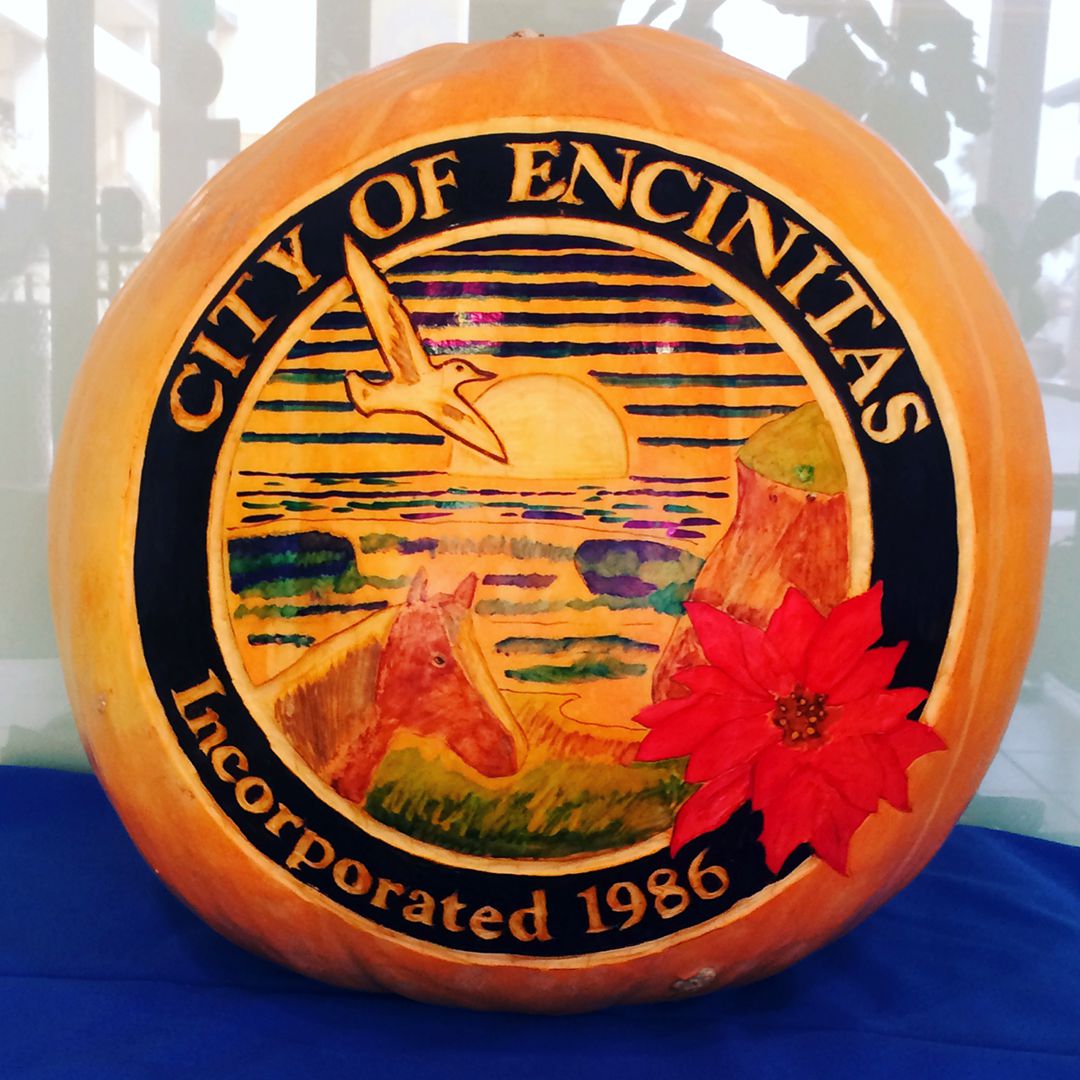 Happy Halloween! Here’s an intricately designed and painted pumpkin by the monks at the Self Realization Fellowship.